From Williamsport Pa to Queens NY with Bobby Valentine

From Williamsport Pa to Queens NY with Bobby Valentine

I live about one mile from the Little League World Series complex in South Williamsport PA. During the Little League World Series of 2010, I attended a mid-week game with my son, Nick. During the series, Ron, my brother-in-law is the scoreboard operator for many of the games including the championship games. Nick and I sat a couple of rows in front of Ron’s perch at the control panel. We were enjoying the game when Bobby Valentine and ESPN Baseball Tonight‘s Karl Ravech took a couple of seats directly behind us. This was unexpected. (I remember sending a text to my friend about ten rows in front of me stating that “Bobby Valentine is sitting RIGHT behind me”. I can still see him slowly turn his head toward me in disbelief after he received my text.)

We listened and enjoyed their baseball dialogue throughout the game. They allowed us to take a couple of photographs. It was a memorable night. When it was time for the 7th inning stretch (4th inning in LL), the whole stadium stood… except for Bobby. When we took our seats, Nick told me that Bobby Valentine did not stand for the 7th inning stretch and that he, Nick, would no longer stand either. My son then said “Real Baseball Men Don’t Stand for the 7th Inning”.

January of 2017, I made plans to attend the Queens Baseball Convention in Astoria, Queens. Bobby Valentine would be one of the primary speakers at the mid winter gathering of Mets fans. He was captivating, humorous, sincere, and informative in his panel discussion. Here is the Bobby Valentine discussion. (Thanks to TheMediagoon.com)

It was a joy listening to him just as it had been seven years ago in South Williamsport. We, the fans, had the opportunity to meet Bobby and get his autograph. I would have him sign the photograph that I had taken at the LLWS in 2010.

I had the fun of telling Bobby the story of how we met at the Little League World Series and the lasting effect on my son. He chuckled as he autographed the photo: “To Nick, Real Baseball Men Don’t Stand for the 7th inning”…..”Bobby Valentine”. 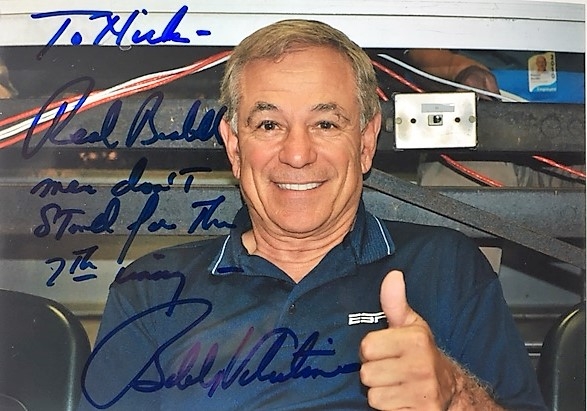 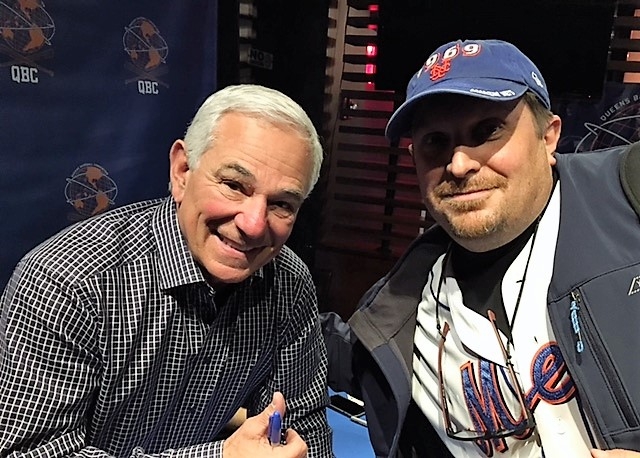