A Word About Football Helmets

A number of years ago, we ventured west, to the Pro Football Hall of Fame in Canton, Ohio. What follows are a few photos of football helmets that were on display at the Hall of Fame. The evolution of the signature piece of a football player’s protective equipment is quite remarkable . Knit caps could be regarded as the first type of protective headgear. We now have scientifically designed battle ready headgear with wireless radios that resembles nothing of the helmets of the early years. Is that good or bad? Every so often, a voice or two, will be heard suggesting a softer, more leather like, football helmet. I enjoy reading such opinions but they usually fade into the internet abyss. Here is an article that is fascinating in regards to a possible new helmet technology that actually makes the helmet collapsible. Time will tell.

A football helmet is a very personal and individualistic piece of equipment. A player will strategize in a helmet. A player communicates, recovers, protects himself, gathers himself, and lastly, a player insulates himself in a helmet. A few helmets are immediately identifiable just by their essence. Such helmets belonging to Peyton Manning, Terry Bradshaw, Garo Yepremian, Jim Otto, and Eric Dickerson are easily recognizable. Some are not so identifiable but still hold the same personal and protective attributes, just not as well-known.

My personal collection is small, I was late to the helmet game. I have been collecting a helmet from each decade of the 20th century as a timeline of the football helmet.

There are wonderful resources on the Internet such as:

The Helmet Hut and the AntiqueSportShop.com.

Uni Watch is simply the best site for all things uniform related and they tweet prolifically.

The Pro Football Hall of Fame is a vast resource in your quest for knowledge.

Gallery from the Pro Football Hall of Fame 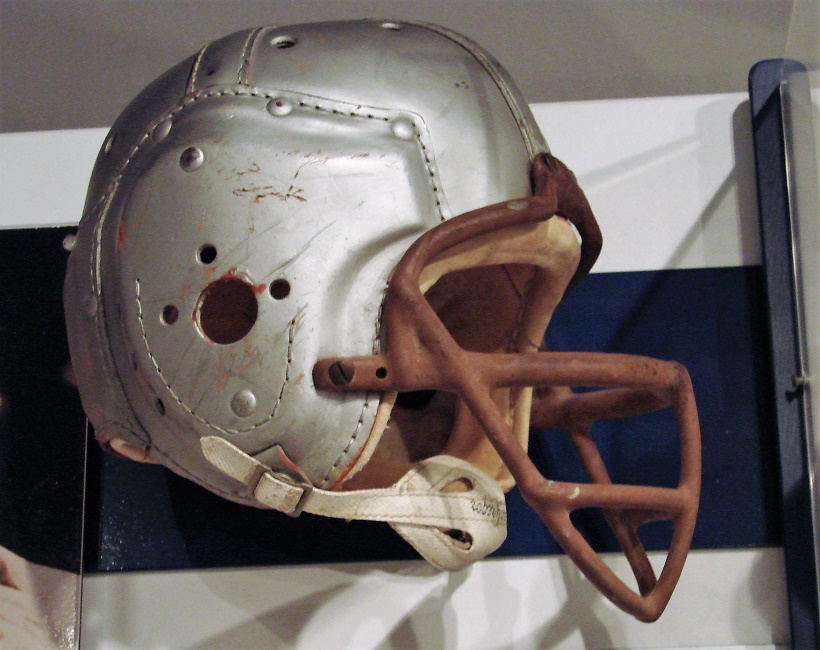 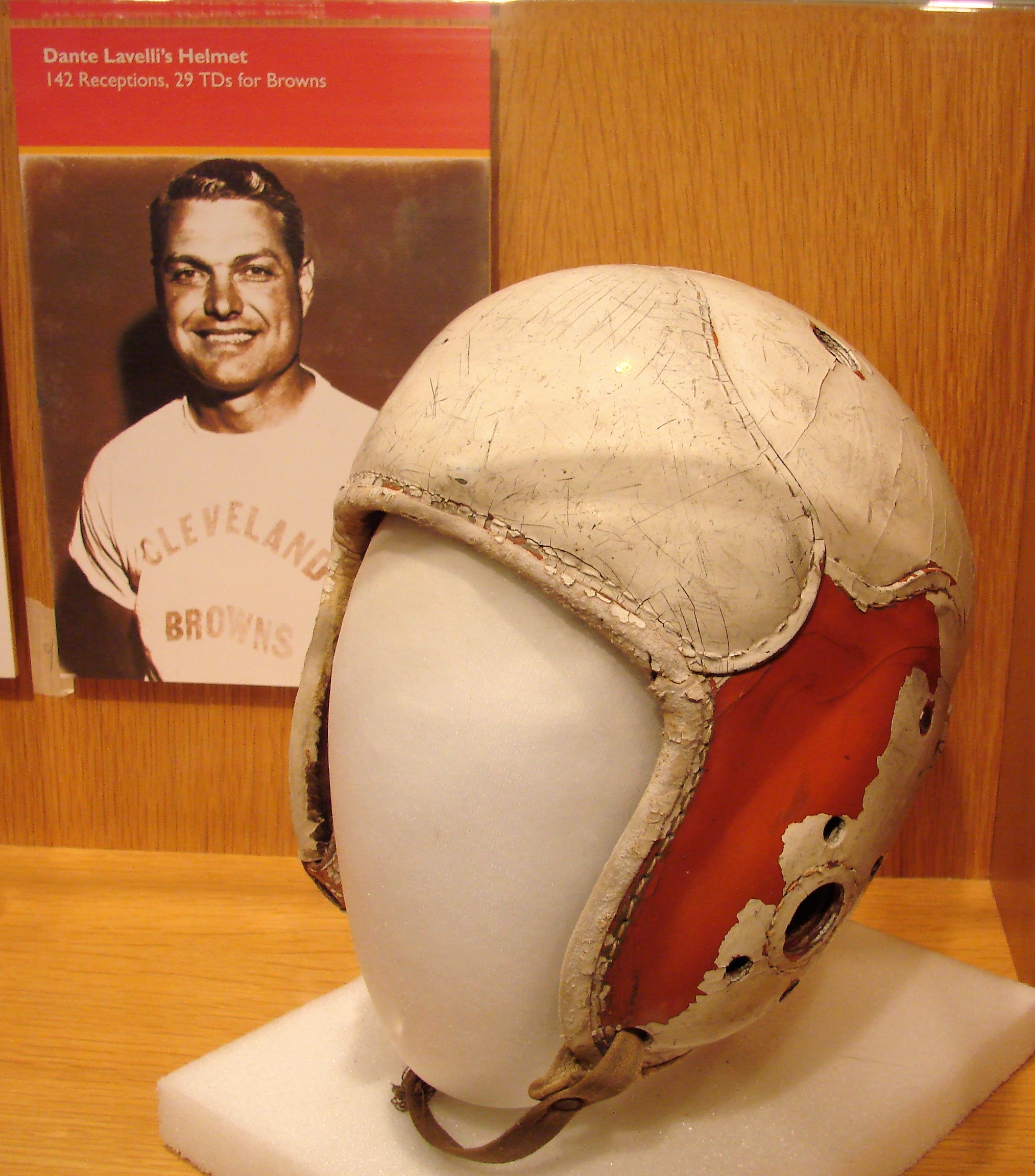