Over the years, I’ve had the blessing of many trips to Cooperstown New York. We live about 3 1/2 hours from Cooperstown. My trips began when I was 12 years old and continue all these years later. I wanted to share a couple of stories involving my son, Nick.

Double Day Field and a Father and Son

Nick and I ventured to Cooperstown on a blustery, cold February day about 20 years ago. (I don’t recommend visiting in Winter.) Cooperstown was cold and dark that Friday evening. Not much going on. We walked downtown and came across Doubleday Field. I enjoy collecting dirt from various ballparks. Doubleday Field was a must have. The solution was to have the wiry and limber Nick climb the fence to gather the dirt. He was willing and I was willing to push him over the top of the fence. It was 10:30 at night and not a soul was in sight. As the comedian Jim Gaffigan says, “there’s always time for one more bad decision”. Waiting for Nick to finish up, I heard a terrifying crash from inside the fence. I heard Nick moan. He slipped on ice as he was approaching the dugout and fell into the dugout on his back. After extricating him from the field, we checked on his well being, he handed over the dirt. Bonding as it should be. We called it a night.

There was a Motel in downtown Cooperstown called the Cooperstown Motel. Just off the parking lot was a fire dept siren that could be heard throughout the village. One evening around two in the morning, the siren went off. The utter shock and terror of waking up to a fire siren just outside is unforgettable. We had to gather our bearings because we woke up in a hotel and strange surroundings. The crescendos and valleys of a fire siren lends itself to many hopeful moments that it will end. (Here is a link to a Youtube video of the Cooperstown Noon Whistle. The difference is we were right next to it….and it was the middle of the night.) To this day I’ve never been that close to a fire dept siren but when I do hear one, I think of Cooperstown. Nice…huh? I found out the next day, it was a false alarm. No injuries or damage.

Nick and I happened to hear an interaction between a father and his young son, who were also touring the Baseball Hall of Fame and Museum. The subject of their discussion was Lou Gehrig’s locker from Yankee Stadium. This locker has long been on display at the museum. The young son asked his father ” Is that Lou Gehrig’s real locker?” The father responded “No, that not his real locker.” As bad of a father that you may have thought of me at the beginning of this post concerning pushing my son over the fence at Doubleday Field…this father trumps that.

The photos that follow are of poor quality.They are from a couple of my early trips. Nothing special…. just wanted to share.

One last word. We ran into Joe Pepitone at the Doubleday Cafe. He is a retired ballplayer with outstanding hair. 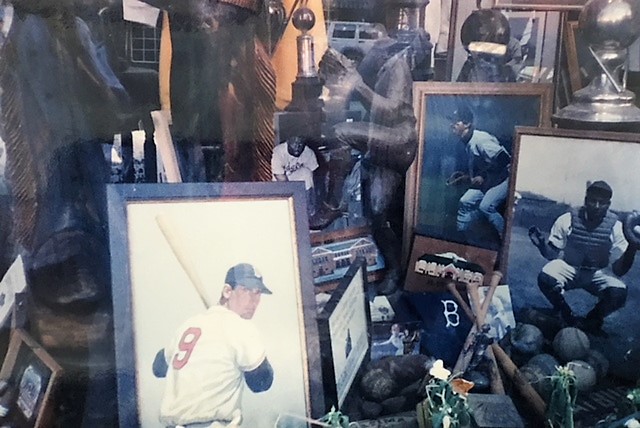 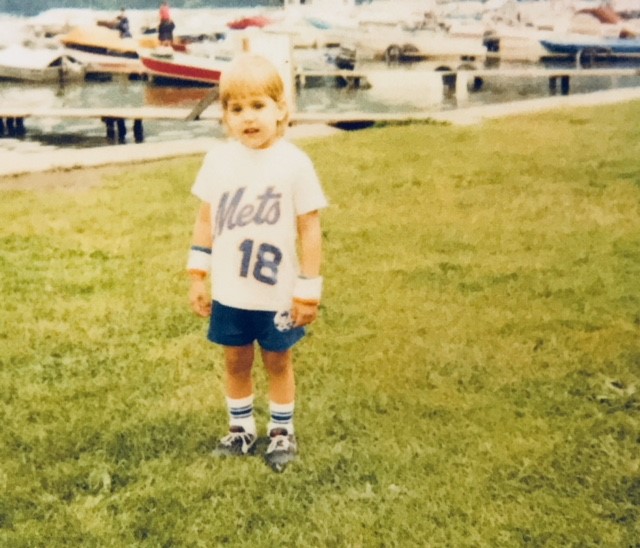 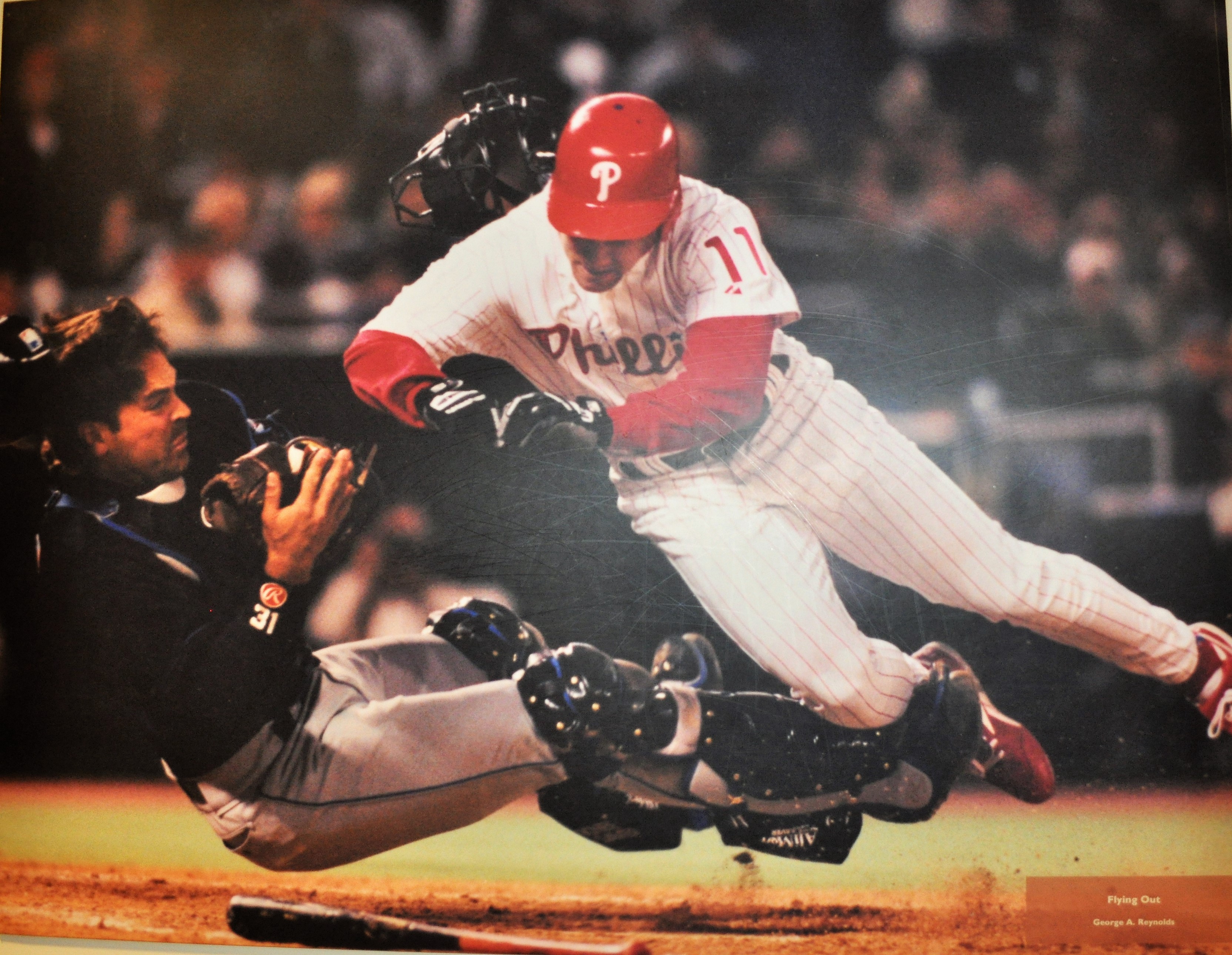 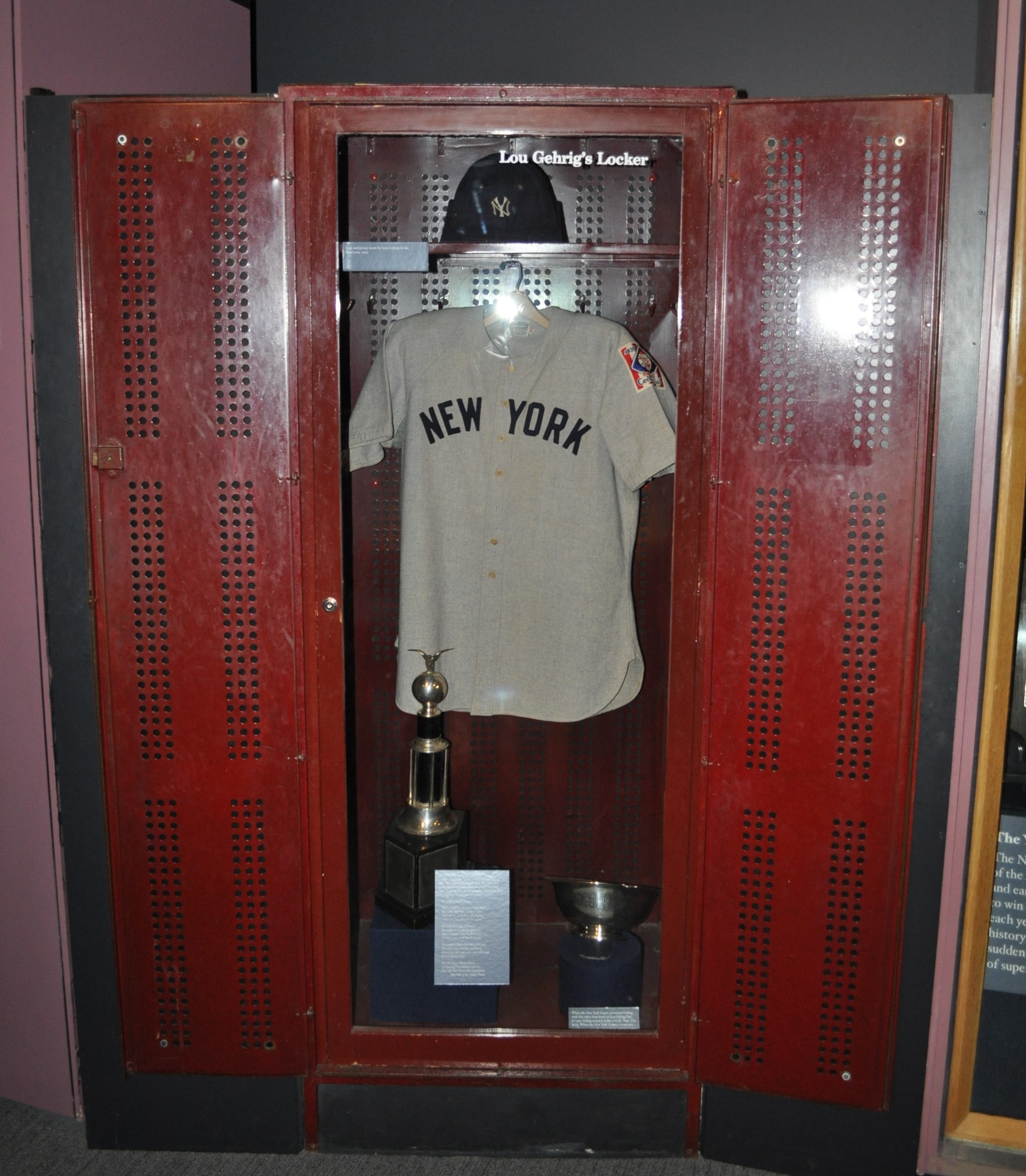 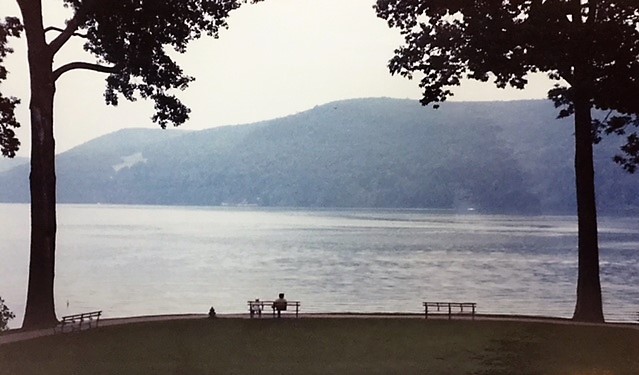 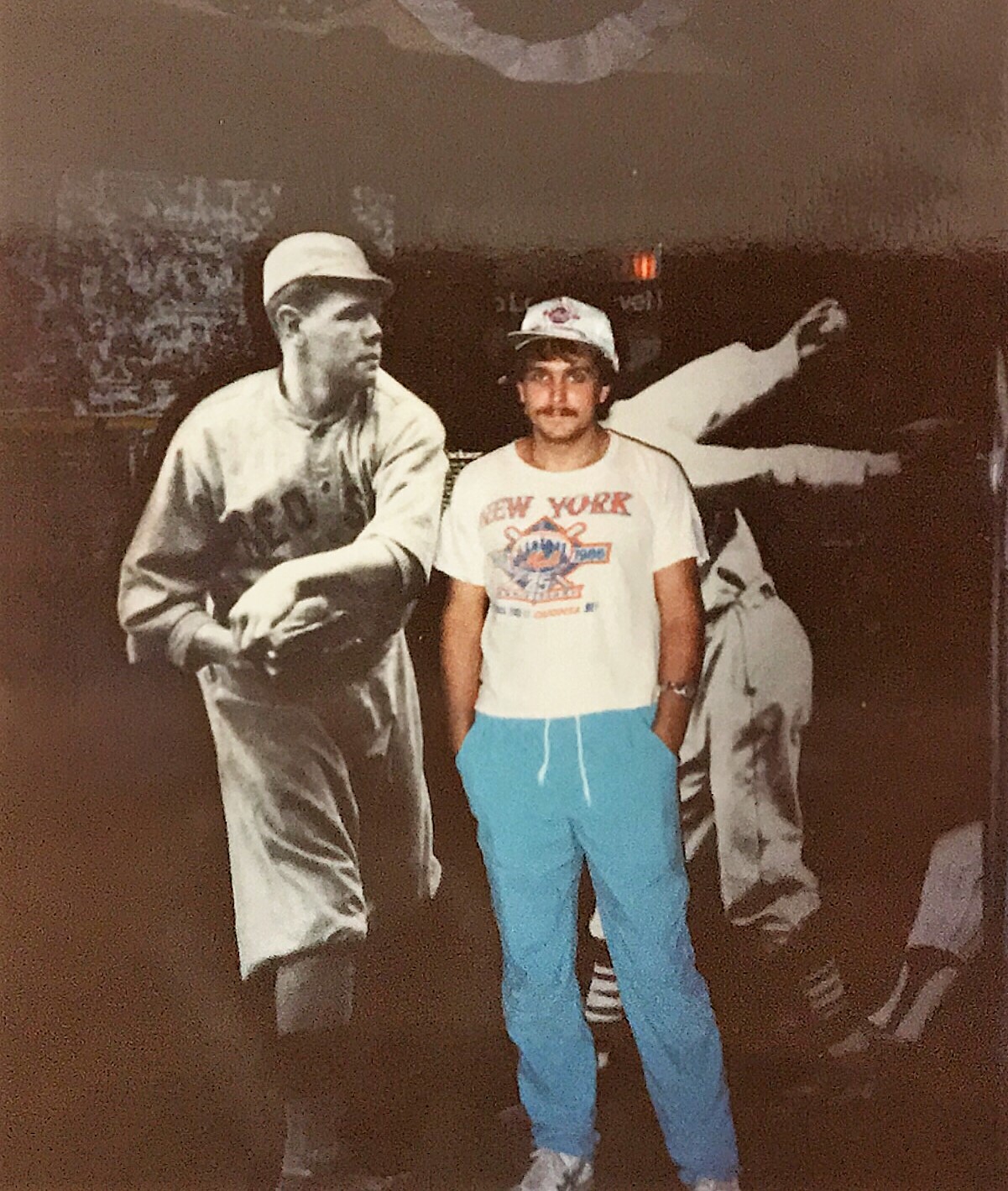 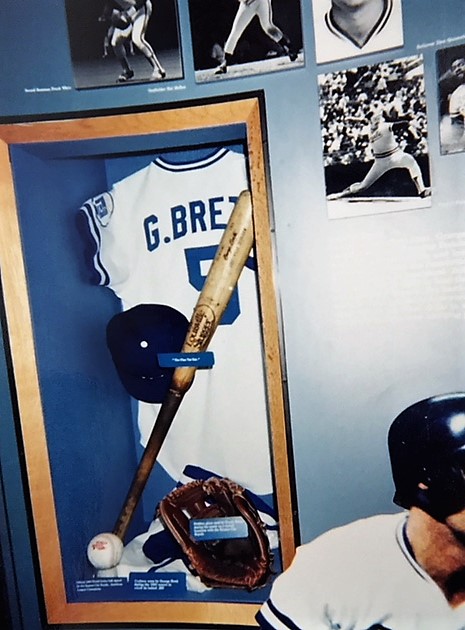 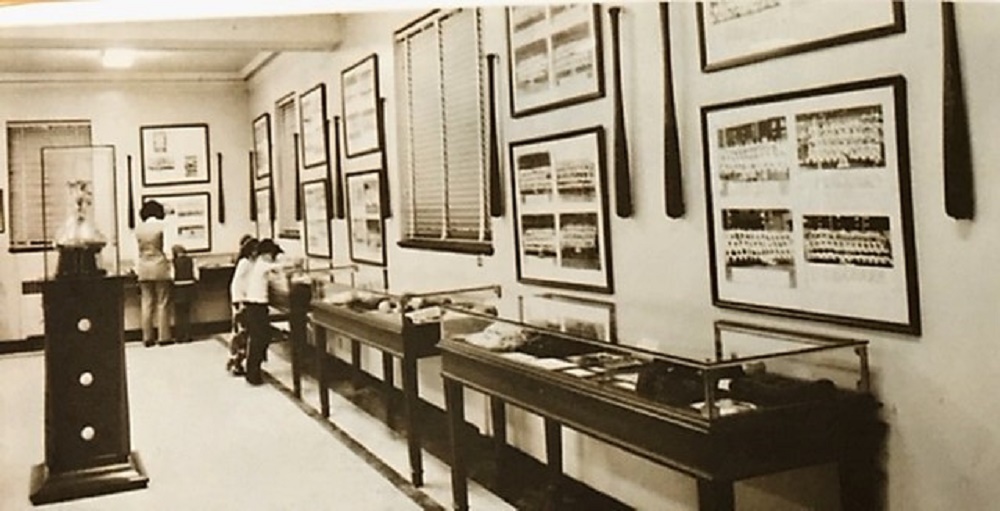 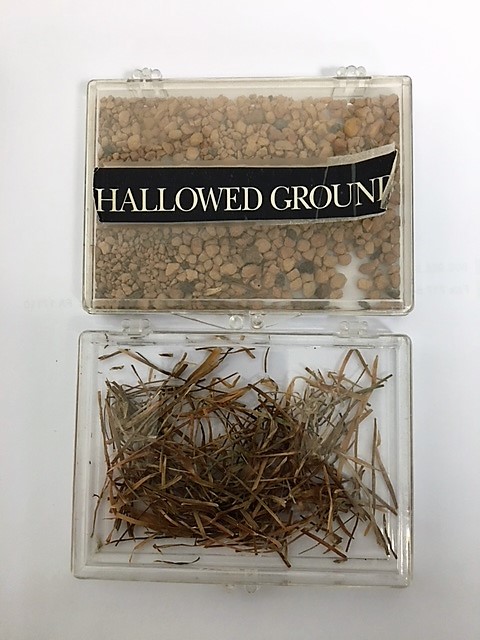 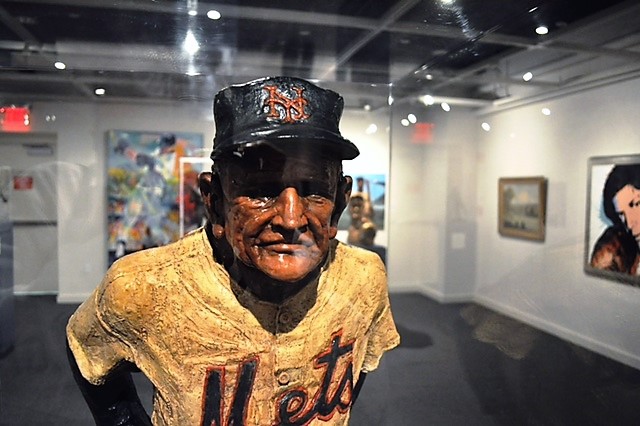 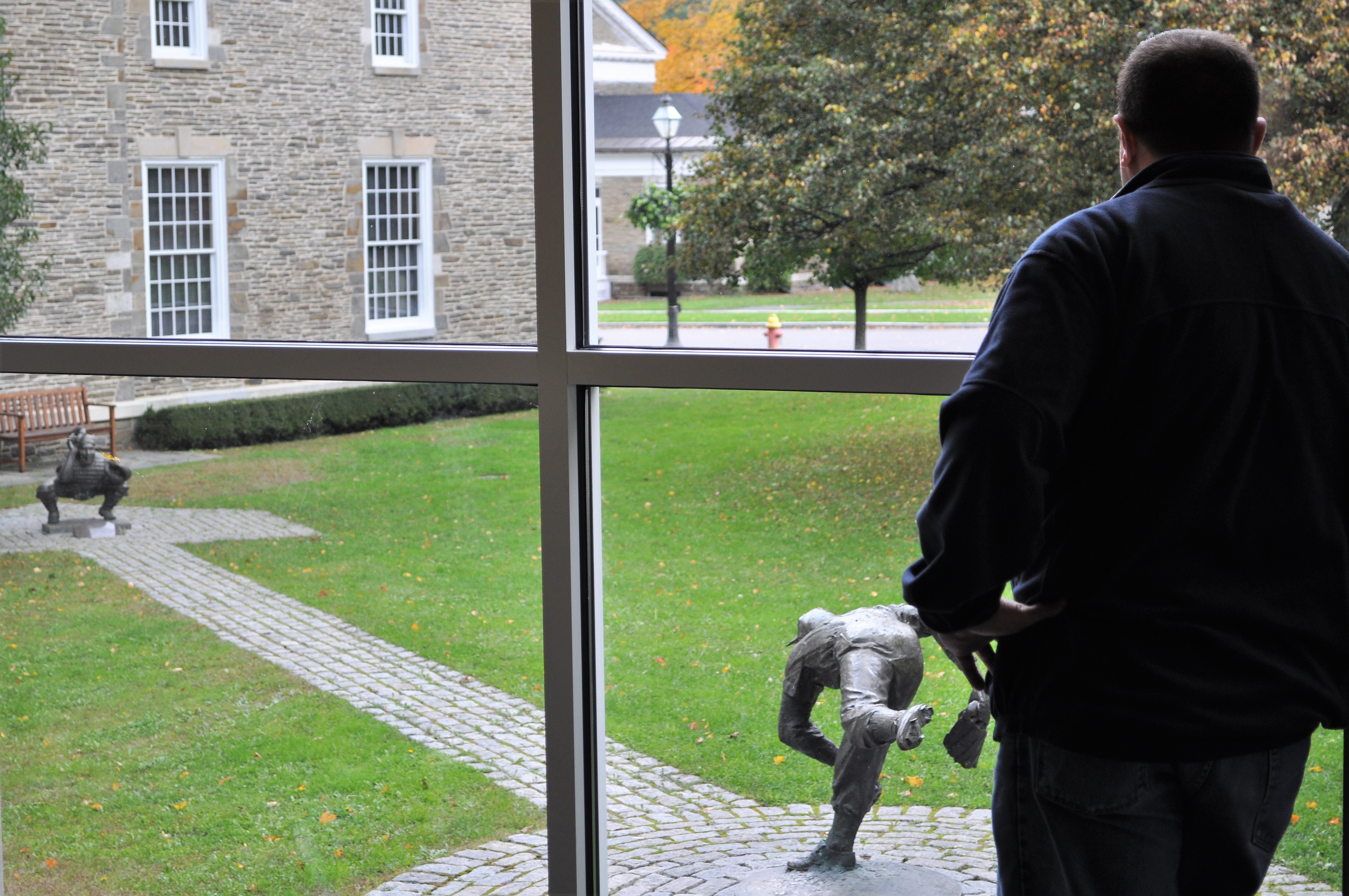 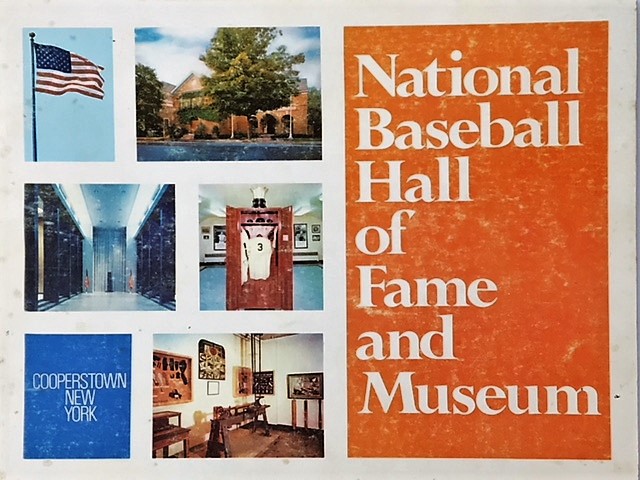