Of Foul Balls Past

There is an elite category of baseball fans that have always been the aim of my inner jealousy and silent resentment. Some of us have relatives or friends that fall into this category. Those are the few and the lucky who have gotten foul balls, home run balls, or game balls tossed to them from players or coaches. In the past, two foul balls have been close enough for me to nab. One sad occurrence happened at Veterans Stadium in Philadelphia. A foul ball hopped up the steps between sections and went though my legs….and it was moving rather slow. Just like Bill Buckner.

Painful Memory of the Straw

The second more painful and vivid occurred at Three Rivers Stadium in Pittsburgh. My seat was a few rows behind home plate. Darryl Strawberry hit a towering foul ball directly above me. It bounced off my hands and flew about five rows behind me. It left stitch marks on my left hand. This episode nurtured angst within me for 30 years….until Wilmer came to town.

Right Place at the Right Time

The Mets and the Phillies squared off in the 2018 MLB Little League Classic. This game takes place at Historic Bowman Field in Williamsport Pa. The stadium has a capacity of just under 2400. The main guest of honor is Little League Baseball, including the teams from around the USA and the world playing in the Little League World Series. The World Series Complex is located just across the Susquehanna River in South Williamsport. Tickets for the public are very scarce. I was blessed by a dear friend who was granted two tickets. (He is a Cubs fan and will have the chance to see them play in the 2019 MLB Little League Classic).

Mrs. V and I were nine rows back from the Mets dugout on the third base side. At the end of the second inning, Wilmer Flores, who was playing first base, took a throw for the third out. As he entered the dugout, he tossed the ball into the stands. It seemed to pass through a sea of hands and bounded off of Mrs. V’s leg and…..LANDED AT MY FEET!

I am now in that elite category of baseball fans who have jealousy and resentment quietly aimed at them…(at least in my imagination). My dismal memories of foul balls past, no longer have the same hold over me. All thanks to Wilmer Flores and some light bruising to my wife’s leg. 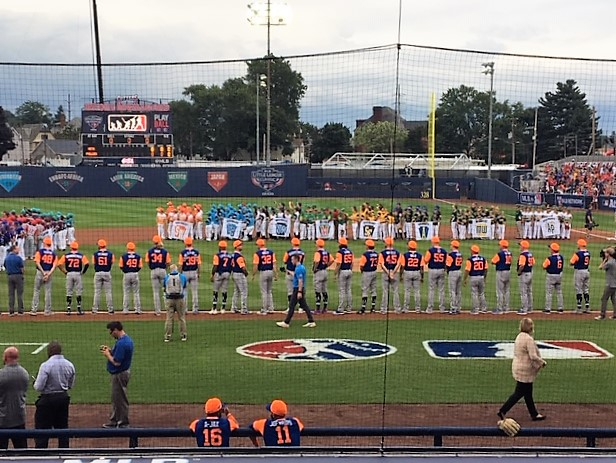 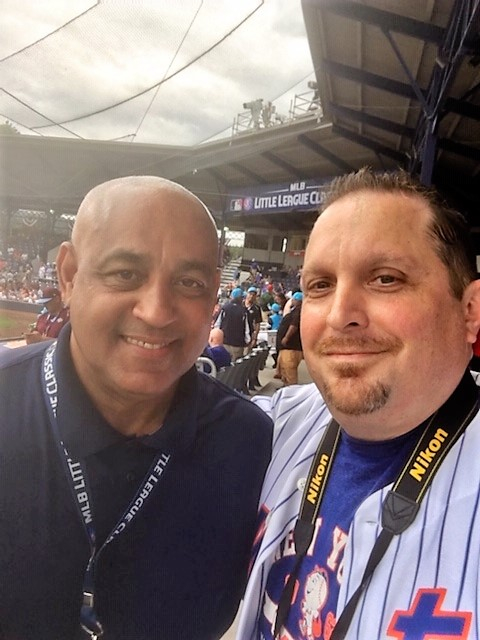 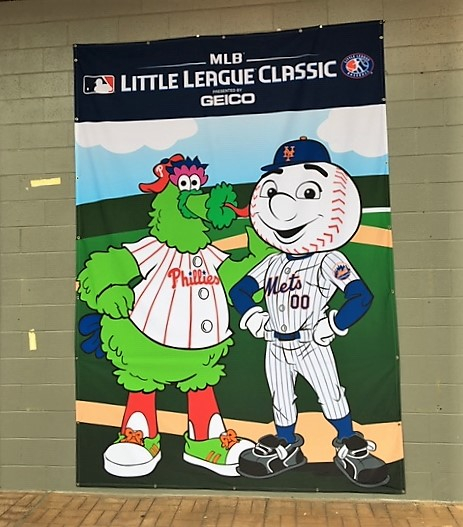 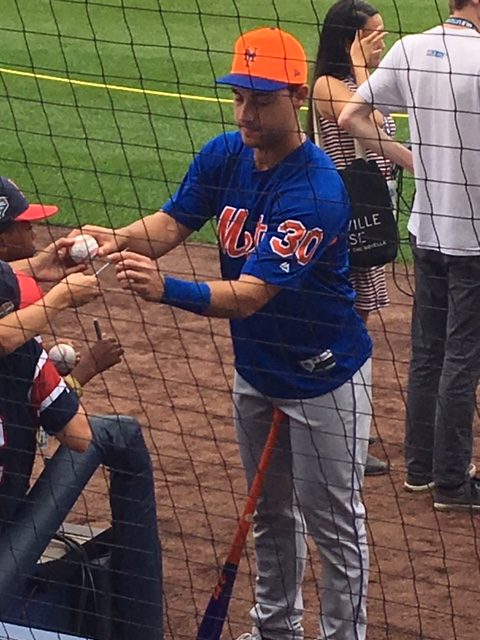