Wilmer is usually the last one “Home”

Home/Finding Nostalgia, News/Wilmer is usually the last one “Home”
Previous Next

Wilmer is usually the last one “Home”

My DVR contains two constants. Twilight Zone episodes and “Five Days in Flushing”. (Link is to a promo). One could reasonably suggest that Five Days in Flushing IS a Twilight Zone episode. For those of us who lived those “Five Days”, the experience seemed otherworldly. Those few days, without question, are embedded in every Mets fans psyche. We saw the impossible turn possible.  Central to the plot of “Five Days in Flushing”, is our protagonist, Wilmer Flores. After Wilmer’s heroics on July 31, 2015, game one against the Nationals, we heard Ron Darling say “this is one of the greatest things I have ever seen happen”.

We love this young man because he showed us why we watch baseball. Specifically, New York Mets baseball. From utter and complete despair 48 hours earlier to joyous redemption and glorious victory. I still love the moment when Daniel Murphy hugged Wilmer after his blast into the Flushing night. The story is Twilight Zone esque.

He has been in our consciousness since 2011 or so. He was called up in 2013 as a highly touted 21-year-old. We have watched him grow up and mature in a number of ways. Hard to believe he is still only 26. He is likable and seems approachable. When he launched his game-winning home run on Sunday, April 15 against the Brewers, it was extremely cold, bitter, and windy. When interviewed after the home run, he told SNY’s Steve Gelbs that it was so cold, he thought it was time to go home. That was Wilmer’s third walk off home run in his career. He has had other walk off hits as well. This ballplayer is one of the fellows you want up when the game is on the line. He is a bulldog and he is a winner. If this team is destined to play into deep October, as they appear to be, Wilmer will be prominent contributor.

Below are links to Wilmer’s three walk-off homers. He is a special Met and an exceptional man. We are blessed that we get to watch him play for the New York Mets….but you already knew that.

July 31, 2015 against the Washinton Nationals. If you are having a bad day….watch this.

April 15, 2018 against the Milwaukee Brewers. His most recent walk-off. 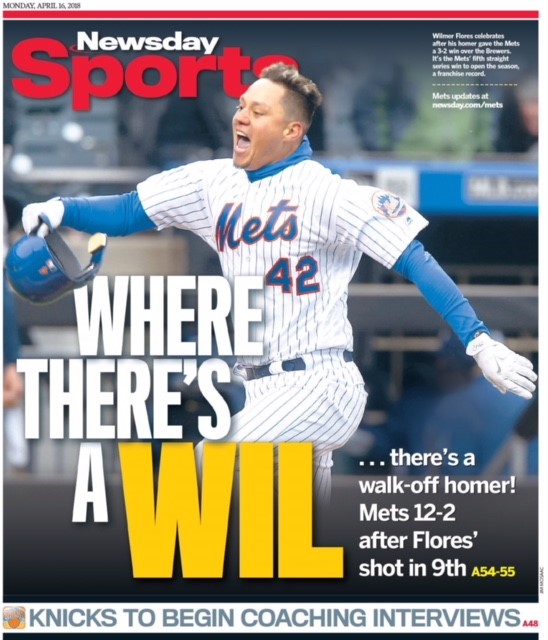 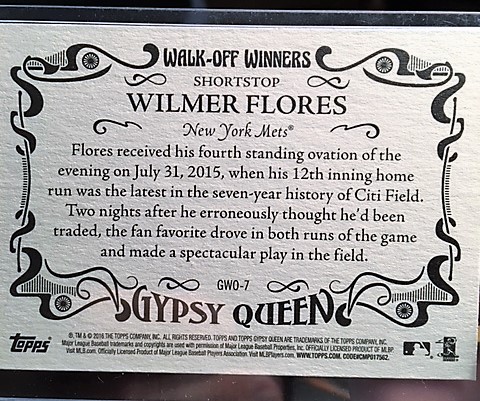 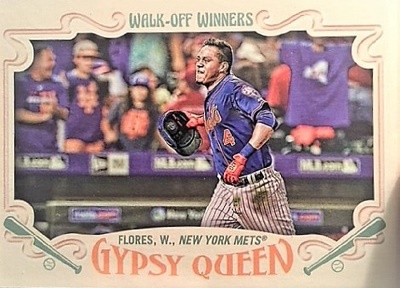