It would seem appropriate the New York Mets are playing the MLB Little League Baseball Classic at BB&T Ballpark at Historic Bowman Field in Williamsport Pennsylvania. The game takes place on Sunday, August 19. This year the Mets are fit to only play six innings…as Little League Baseball does. The Mets would be in the thick of the race if their games lasted only six innings. When the game was announced last year, visions of Matt Harvey dealing and defiantly putting the Phillies down, on my home town minor league field, was the initial thought that came to mind. Much has changed.

The New York Mets traded Matt Harvey to the Cincinnati Reds in early May. The Mets received catcher Devin Mesoraco in return. Both players, seemingly, damaged goods. Mesoraco has brought professionalism and stability to the catching position for the New York Mets. It is been a pleasure to watch him work his craft.

The New York Mets core starting pitchers have been performing admirably since the trade. Jacob deGrom has been nothing short of spectacular while receiving no run support or bullpen back up. Met fans are fortunate to see him every fifth game. Noah Syndergaard has been injured since May but is expected back soon. What has dramatically changed for the New York Mets is Zach Wheeler and Stephen Matz. They have turned their season and careers around. Watching them pitch with confidence and conviction has been a welcome and long-awaited surprise. These two pitchers have developed, at least in the recent short-term, into quality starters. Now why is that?…

The two young guns are finally healthy but i believe there is more to the story. The addition of Devin Mesoraco cannot be understated. He takes control of the game and guides the pitcher with emotion and intelligence. In some cases, you can see him WILL the pitcher through a stressful inning. It is been a long time since the New York Mets, who have a history of tremendous pitching, have had a catcher of this quality. I believe Devon is owed much for the evolution of Zack Wheeler and Stephen Matz.

The New York Mets manager, Mickey Callaway, and his pitching coach, Dave Eiland have, no doubt, contributed greatly in drawing Zack Wheeler and Stephen Matz closer to their potential. For as much grief, and deservedly so, that Mickey Callaway receives, he deserves credit for the starting pitching staff’s stride forward. Breaking down his pitchers mechanics and delivery to the simplest and most efficient form are in their wheelhouse and I believe they deserve much credit. (Jason Vargas is an outlier and should not be in the conversation).

Lastly, could the departure of Matt Harvey have anything to do with the maturation of Zack Wheeler and Steven Matz? It could be more than a coincidence that the absence of Matt Harvey in the locker room and in the pitchers meetings may have had a positive effect on the young pitchers. In full disclosure, I was always a Harvey guy. I could, however, see the writing on the wall and understand the importance of team. Not certain Matt Harvey’s presence was conducive to the growth of the young Mets arms. Pure speculation on my part.

As far as the Bullpens’s execution…I’m all for it. (take on a Casey Stengel quote)

The New York Mets bullpen, as of this writing, lead the major leagues in bullpen losses with 22. It is common to see the Mets starting pitcher sitting in the dugout with a look of constrained shock as the bullpen implodes and a good to great effort by the starting pitcher is erased. Sad to see and hard to watch.

That is why I would lobby Major League Baseball to shorten the MLB Little League Baseball Classic to six innings. Please don’t allow those young little leaguers to pick up the habits of the New York Mets bullpen. They are so impressionable at that age.

Having said all of that….Let’s Go Mets! 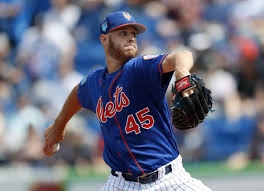 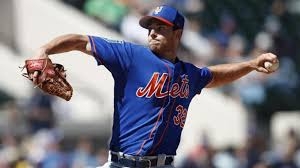 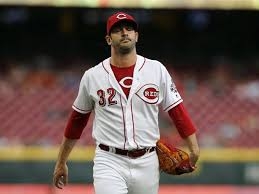