It was the summer of 1972, I mailed three quarters to Shea Stadium, Flushing, New York 11368. I was purchasing a New York Met’s Yearbook. It seems like a vague address blanketed with youthful blind faith in the postal system. Many New York Met fans that date back to the 60’s and 70’s can certainly recite the address from memory after all of these years. A few weeks later, an envelope arrived from Shea Stadium, Flushing, New York 11368.

I now OWNED an item from SHEA STADIUM. That distant and wonderful parcel of real estate that had been the focus of my youthful dreams. I carried my yearbook everywhere and showed it to everyone. Family, friends, relatives, teachers…everyone who was unfortunate enough to be part of my young world. How could I not? That magazine brought with it such a feeling of connection to my team. It has never left. My 1972 edition that was so pristine and new when it arrived is now held together with, decades old, scotch tape. I recently added the 1970 and 1971 editions to help even out my collection. There are common advertisements and a few common player photographs within the publications. They are certainly in better shape than my original 1972 yearbook.

Years would pass by, I would continue to order yearbooks in the same manner. It was always exciting to receive them in the mail, but it was never quite as satisfying as the 1972 edition. The price bumped up to $1.00 in 1975….still a deal. No more quarters needed. It would not be until 1977 that I would purchase a yearbook in person at Shea Stadium during Old Timers Day.

No waiting for the transaction to complete thru the mail. Legendary Old Timers, a Mets Win, and a Yearbook. Shea Stadium was nothing short of a child’s view of baseball heaven that day. (The banner photograph of this blog was taken that day.)

Back to the 1972 edition briefly. Bud Harrelson, Tug McGraw, Cleon Jones, and Tom Seaver are positioned like pieces of a puzzle in the four quadrants of the 1972 cover. It has a classic Mets logo anchoring them together in the center. It is simple, beautiful, and the genesis of my devotion to the Blue and Orange. The back cover is a plug for Rheingold Extra Dry Beer. Met fans will always love Rheingold Beer and Manufacturers Hanover memorabilia.

Mrs. V. does not approve of these back covers. 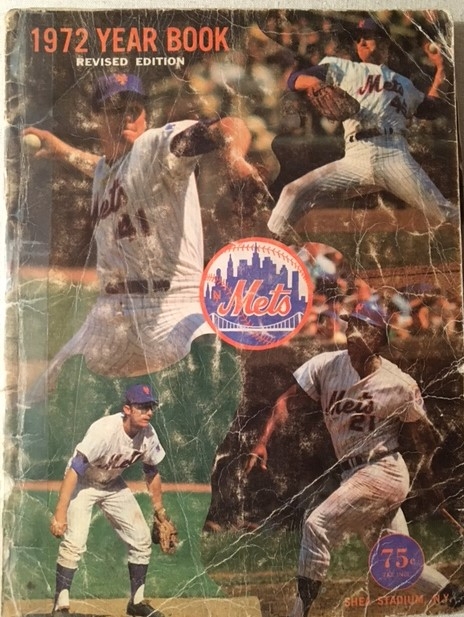 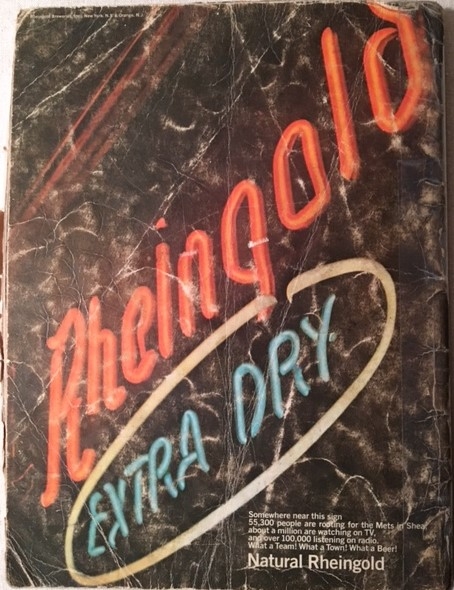 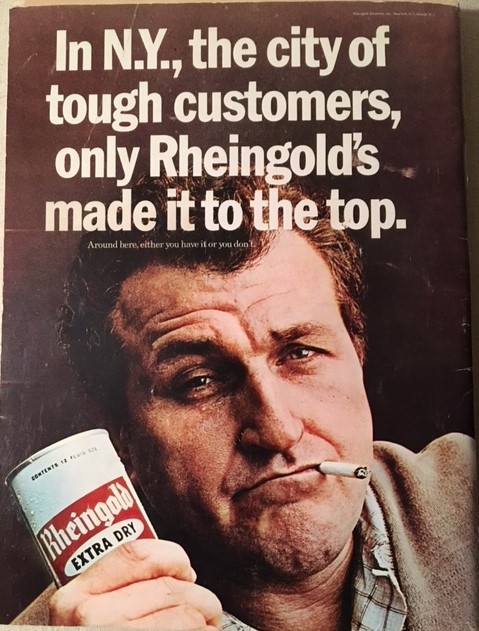 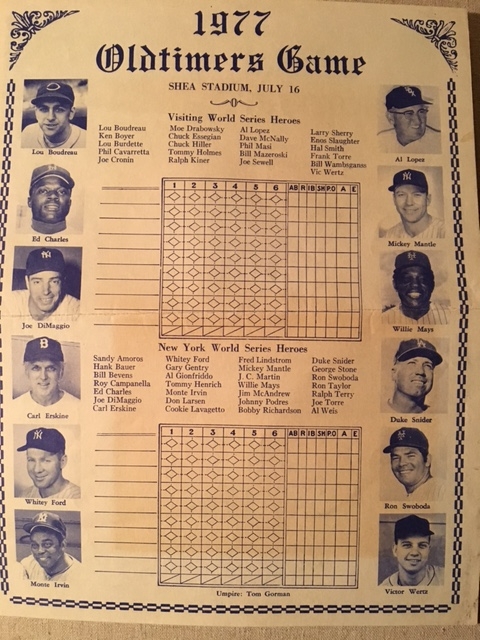