In the world of sports collectibles, one man’s trash is, truly, another man’s treasure. I will share an example. I recently acquired a leather aviator style football helmet that dates to the 1910’s from an online auction house. When the item arrived, I was very pleased with the helmet as it matched the description in the auction catalog. Great acquisition at a fair price. Enter Mrs. V.

While I was sharing my enthusiasm and joy over this slice of Americana, I gave my views on the various interesting ways it could be displayed. This is when Mrs. V. stated the following: ” I don’t even want that thing in my house”. I have overcome this objection before and  will continue to do so in the future.

The first item is an “Early 20th Century Buckle Back Two Tone Catchers Glove”. While not uncommon, the mitt appears to be in desirable condition and would be a nice fit for a collector within many categories. Especially relevant to me because it is a style of catcher’s mitt that my nephew (also Shawn V.) gave to me as a gift many years ago. That ushered in my chase for vintage baseball and football equipment. Check it out!

Another piece from the same auction is a 10 x 8 “1932 Chicago Cubs Team photo by Grignon“. This photograph is wonderful for a few reasons. The uniforms are beautiful and vintage. The image was taken at Wrigley Field. The list of players in the photograph make for fascinating discussions, including Charlie Root, who would give up Babe Ruth’s “Called Shot” later that year in the 1932 World Series. We also see a Wrigley Field usher photo bombing in the era of art deco.

Finally, I would like to share an image of a 5 x 7 statuette. I utilized a website called MPIX for this project. It was produced with a photograph I had taken at a recent Met’s game in Flushing NY. I find that if I take enough photographs at an event, I can transform one or two of them into a piece of memorabilia inexpensively. Mrs. V. was fine with this. 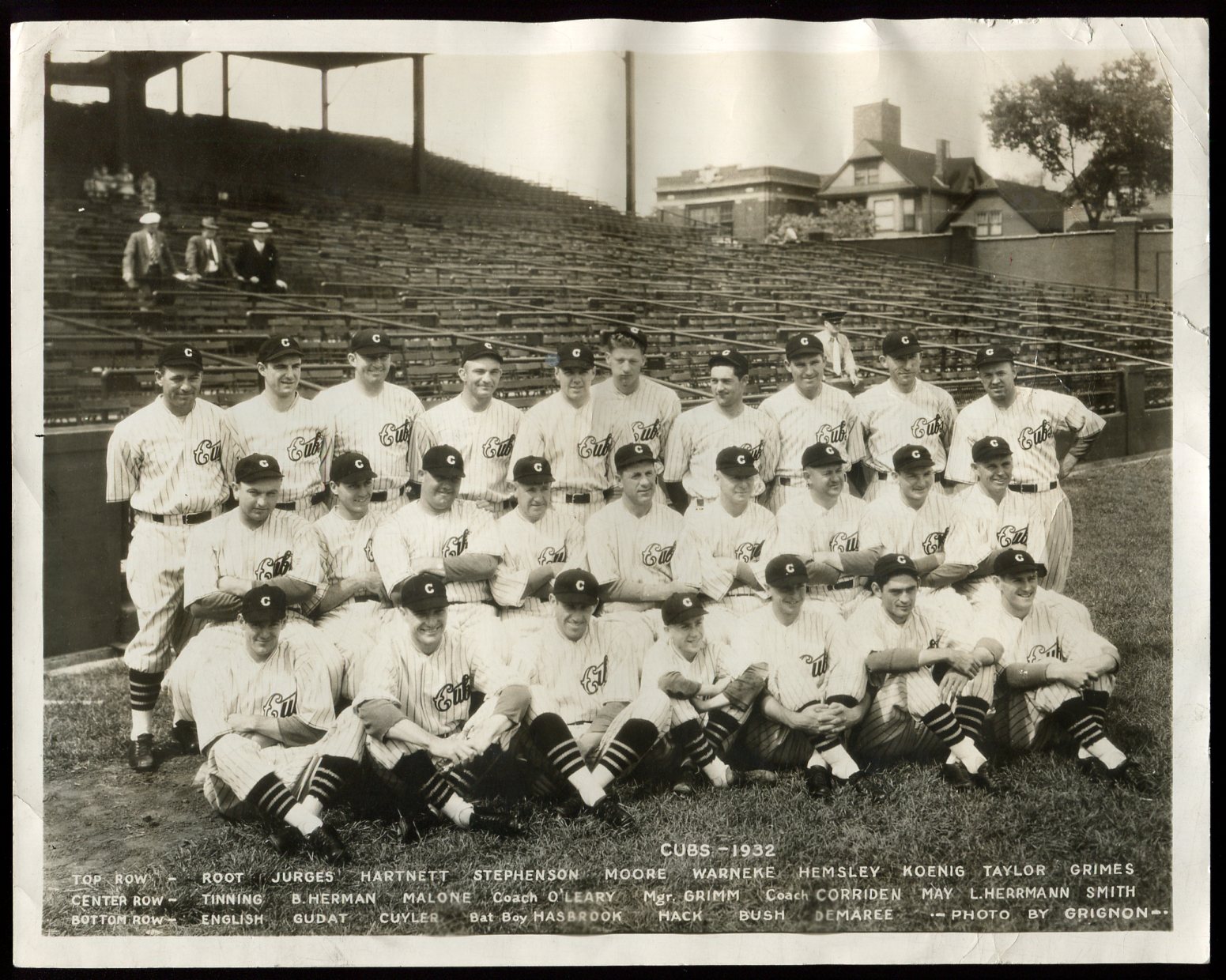