Breaking and Entering: Guilty as Charged

Breaking and Entering: Guilty as Charged

Google the definition of “nostalgia” and this is what you will find: “a sentimental longing or wistful affection for the past, typically for a period or place with happy personal associations.” Given this is a sports memorabilia blog, I will tie in the title of this post with a photograph that, while not valuable, is “priceless” to me and illustrates the above definition.

Mrs. V and I had the opportunity to spend some time in Tampa, Florida during the winter of 2006. The timing of our journey was roughly two weeks before spring training. You can be sure that was precisely how Mrs. V wanted it. During our sightseeing adventure, we stumbled across Tropicana Field. Home of the Tampa Bay Rays baseball team.  As a stadium junkie, I stopped to take some photographs (taken with film). Tropicana Field has many critics, of which I am not. It is a Major League Baseball Stadium and as such, will always be a part of the history of the game.

I noticed the entrance to the stadium was open. We walked in to get a closer look. We entered the seating bowl and noticed that one of the gates to the playing field was ajar. We stepped onto the field. She was quite hesitant, but I insisted it would be fine. As our moxie increased, so did our photo-ops. We took photos of each other near home plate and in the dugout. It seemed Mrs. V was caught up in the moment!

The entire stadium to ourselves and the camera was clicking.  The next photograph is the centerpiece of this post and the one I cherish the most. It also happened to be the last photo taken on our adventure.

I am just in front of the pitcher’s mound. Mrs. V is at home plate taking the photograph. What she cannot see, but I can, is a security guard approaching from my left. He was stepping out of the dugout like an angry Billy Martin getting ready to pull his battered starting pitcher. Of course I don’t want her to see him. We can’t have her flustered for the most important photo-op of the day.

The security guard inquired how we got into the stadium and onto the field. I nervously muttered “We’re from Pennsylvania” for some unknown reason. That was not the answer to his question. He forcefully countered by saying, “You better leave the same way you came in…NOW.” We did just that. I was overcome with irrational exuberance at our good fortune and was hesitant to imagine what was going through my wife’s mind during our humiliating exit. Photographs do exist of Mrs. V on the field and in the dugout but she does not want to incriminate herself. The statute of limitations has expired but she is exercising her right to remain silent.

Hope to see you at the Queens Baseball Convention on January 23! 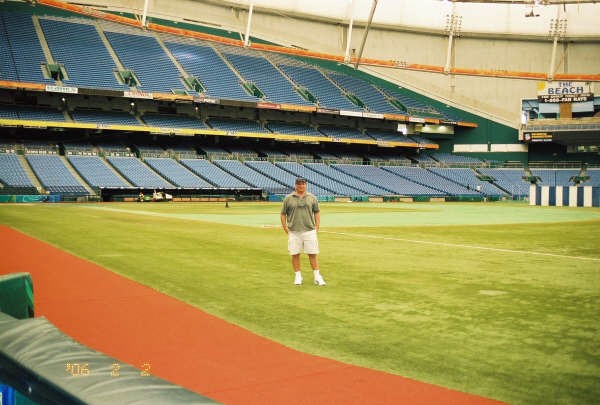 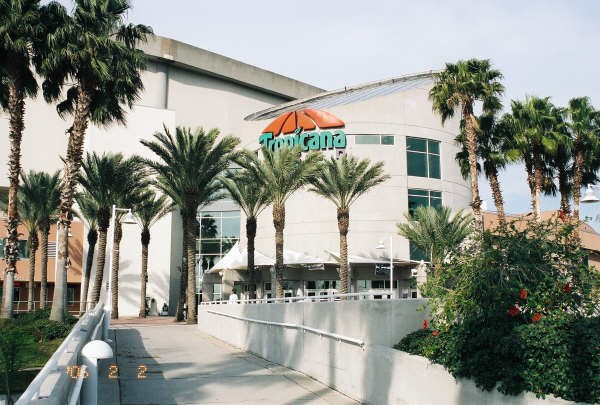