I have had the pleasure of attending games with my father and son together. There is nothing like the bond of baseball across three generations. Baseball is best enjoyed with family. Having said that, I have often visited Bowman Field alone and never regretted taking in a game.

One particular evening, the game went extra innings and I strolled into my house after midnight. Mrs V inquired as to the lateness of the hour. Fortunately, the local newspaper had a headline the next day that read “Late Night at Bowman Field”. There was, however, one visit that will always stand out as it taught me about the enjoyment of seeing excitement within my father.

It was the summer of 1990 and the Williamsport Bills were playing host to the Albany-Colonie Yankees in an Eastern League game. My father and I had front row seats on the visitors side a few feet from the on deck circle for the visiting Yankees. He was a lifelong Yankee fan and always enjoyed seeing the minor league Yankees come into Bowman Field. (Hall of Famer Waite “Schoolboy” Hoyt made an appearance as a visiting coach in the summer of 1976 and my father was quick to point him out).

On this night, there was a a young, fleet ballplayer who set himself apart. You could see immediately that he was a special player. I had not heard of him before that evening, but I would never forget him after that. Bernie Williams. All night long, as he glided across the grass and dirt of Bowman Field, my father would express that this ballplayer was different from the rest. All these years later, I can still see him running the bases and my father enjoying baseball on a different level. Bernie did it all, running, hitting, and fielding in a manner that was so easy to watch and appreciate.

Near the end of the game, Bernie was in the on deck circle with two out in the inning. The batter ahead of him made the third out and Bernie took his helmet and batting gloves off to ready himself for the top of the inning. Before he left the on deck circle, he happened to make eye contact with my father and simply said “Hello”.

Guess what Bernie? Two new fans! That quick interaction created a memory for my father that would last the rest of his life. Simple but everlasting. It was a year or so later this young fellow was dressed in Yankee pinstripes at the Yankee Stadium and playing a central role in the Yankees four World Championships in the late 1990’s-2000. Bernie Williams is a fascinating individual who happens to exemplify class and humility. I remember getting my first Bernie Williams baseball card out of a pack of Bowman Baseball Cards and immediately calling my father. We would discuss Bernie Williams frequently through the years and it always took me back to that summer night at Bowman Field. I even got a foul ball that night….but it was Dad’s night. 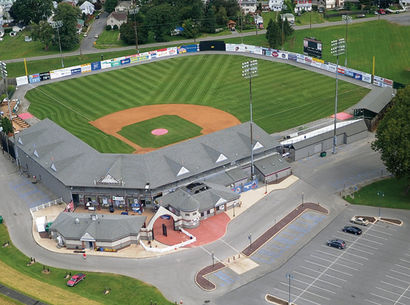 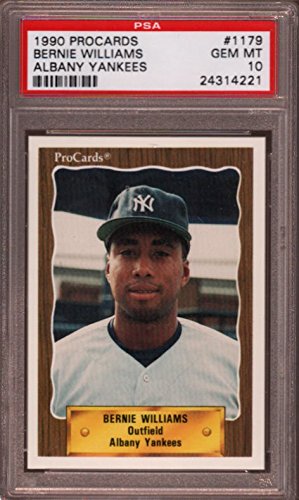